This year the class 5b took part in Amnesty International's school campaign, the so-called "WRITE FOR RIGHTS- campaign", as part of religious education. In the course of this, the children dealt with the topic of human rights and above all the right to freedom of expression. This year's campaign aims to free three people from prison who were unjustly imprisoned solely because of stating their opinions, such as Aleksanda in Russia, who replaced price tags in a supermarket with information about the war, or Dorglelese from Cameroon , who took part in a peaceful demonstration in her hometown, or Shahnewaz from Bangladesh, who criticized a newly built coal-fired power plant in his city on his private Facebook account.

On the one hand, the students wrote letters of appeal with the request to free the three victims from captivity immediately, on the other hand they wrote postcards to the victims to show them solidarity and to convey hope. 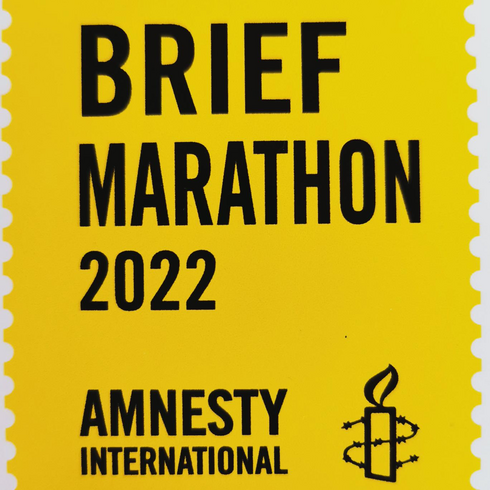